Cellulase is the enzyme that breaks down fibre. It is also the only digestive enzyme our body does not make. Fungi (Candida) is a group of organisms formerly regarded as plants lacking chlorophyll. They can either exist as single cells or make up a multi-cellular body called a mycelium, which consists of filaments known as hyphae. The cell wall of yeast and fungi contains some fungal cellulose or a compound called chitin. Chitin is a polysaccharide, or carbohydrate, which is structurally very similar to cellulose. Supplemental cellulase may help break down this "cellulose-like chitin, aiding the bodys natural systems of purification and detoxification.*

Additionally, in individuals with Candida imbalance there is often a large amount of undigested fibre in the large intestine . It is believed that the mucus that the body naturally produces as a result of this impaired fibre (cellulose) digestion may protect the Candida from our body's immune system. By adding cellulase to the diet we provide support for fibre digestion, allowing it to be removed along with inappropriate mucus, allowing our body to achieve balance.*

Protease:
The inside of the cell of yeast is mostly protein. Proteases are proteolytic, meaning they have the ability to hydrolyse (digest) protein. Protease enzymes have a long history of beneficial use for detoxification and purification. The addition of protease to this formula helps the body deal with excess "die-off" or common symptoms of cleansing.

Recommended Use: For moderate symptoms: 2 capsules on an empty stomach, one hour before or two hours after a meal three times daily for 7 days.

For acute symptoms: 2 capsules on an empty stomach, one hour before or two hours after a meal three times daily for 14 days. For more advanced support, Enzymedica’s Candidase Extra Strength may be helpful.

For best results, 1 capsule of Enzymedica’s Enzyme Defense™ may be added each time Candidase is taken. 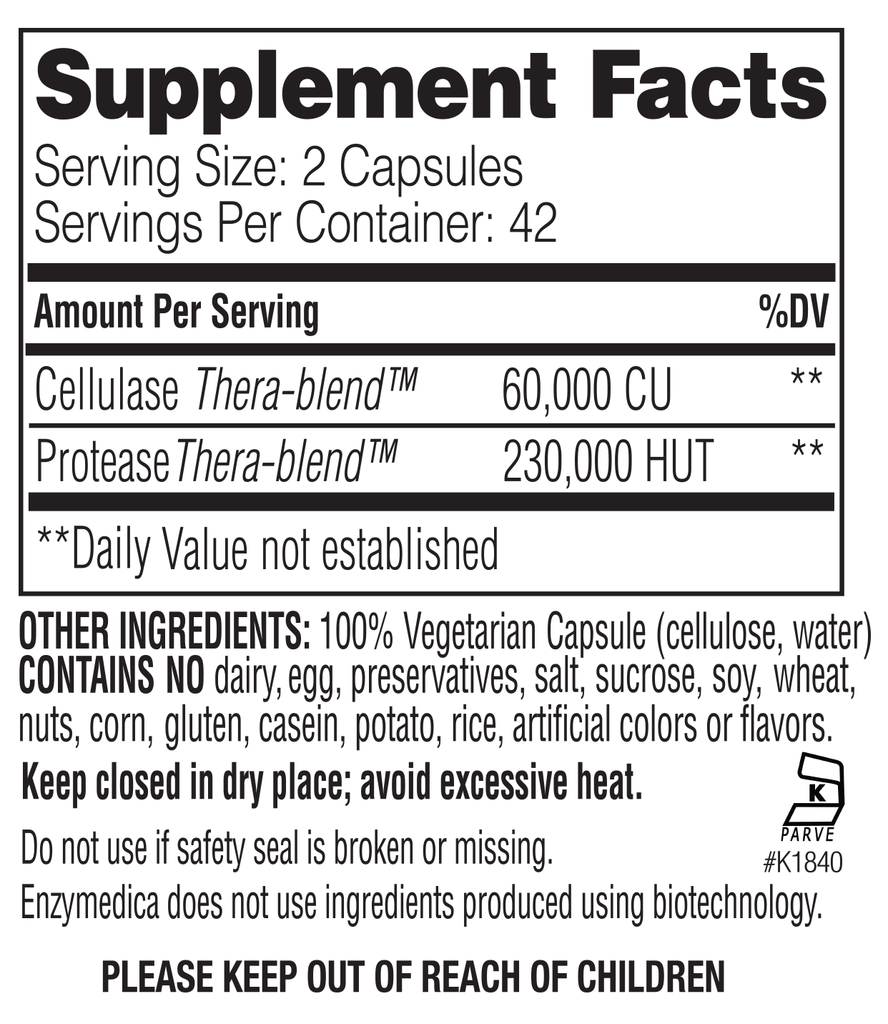 Contraindications: Candidase should not be taken with any timed-release medication that uses cellulose as its time-release mechanism.

Enzymedica does not use ingredients produced using biotechnology.